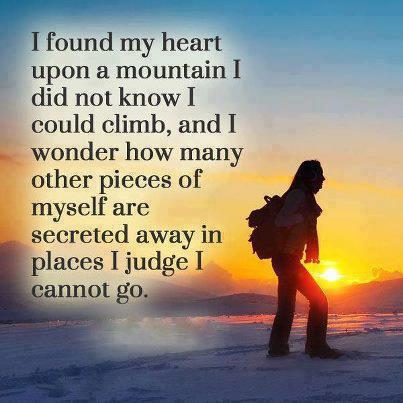 Release date for my debut novel An Unexpected Blessing is just about eight weeks away. I’m excited but humbled at the same time. Why? Well let me tell you my back story…..

I always  knew I wanted to write. I have so many books that I can’t even count them anymore. When I finish a good book , I will spend the next five to ten minutes just thinking about alternate endings. Ways I would have ended it if I were the author. I am also hopeless romantic, during my spare time ( which isn’t quite often) you will find me with a good romance book or watching a chick flick. I  love the cliché argument and the make up at the end.

Then again I had another passion which is to speak hope into people. I derive joy in encouraging and making others aware that there is light at the end of the tunnel.  I would help people see the other side of the issue, and  why whatever it was they were going through was a blessing in disguise. Let them know that it will be ok in the end. I would have scripture at the tip of my tongue and the people I spoke to will always walk away with the same observation  “why don’t you become a motivational speaker” and I would give the same response ” No I can’t, I don’t speak in front of people”. You see I’m a serious introvert. Then it came to me by the unction of the Holy Spirit, while I was studying the word Romans 15:4 For everything that was written in the past was written to teach us, so that through the endurance taught in the Scriptures and the encouragement they provide we might have hope

Why don’t I combine both passions together? So my first blog was born in 2010.  I would write pieces that would bring a lot of positive feedback and it felt good. It was by the grace of God that what I wrote people read and were encouraged, but life happened and I stopped writing.  Two years later I would start this blog  but that book I had inside me still nagged me…through my husband of cource….LOL… and then everywhere I turned there was an author. But I looked for every excuse in the book to delay writing it, besides I didn’t have a solid story yet. My excuses ranged from the kids, to a job, to being tired, you name it. But I constantly put out content on my blog. I hid behind the comfort of 300-500 words. Then my wake up call…….

Last year, during a routine business trip to another city, I collapsed in the plane and was rushed to the hospital upon landing.  After a week stay; mostly in intensive care, I was released. I had one month of recovery enduring excruciating  pain during that time. I spent the time being angry at God, I begged and asked Him to take the pain away so why hadn’t He? I, the person that normally gave my family encouraging tidbits, couldnt encourage herself nor allow anybody to do it for me.

By His strips I was completely free of pain in about three months but during that time, I thought,  what if I died and didn’t do the one thing my soul yearned for years? How would I explain to my creator that the gift He had so graciously given me had been left to lie fallow? What would I be remembered for?

So after weeks of prayer I had a story, picked up my laptop and began to peck away. During the ride, I wondered how will this story get to 75K+ words. I’m used to spitting just a couple of hundred words at a time. But as I continued to write the story continued to flow; and get this sometimes I would have to stop to write more story ideas in my “vision book”. But in the end I did it!! I finally did it!! And it is only the beginning…

Lessons 1: When you place what you do in God’s hands, He will direct you and give you the power you need to pull through. It wont be by your power but His. Just surrender to it.

Lesson 2: Tomorrow is not promised, take the next step to do what you have always wanted to do. When you move,  God moves with you. You can do it. Just Believe!!

2 thoughts on “When You Move, He Moves…”