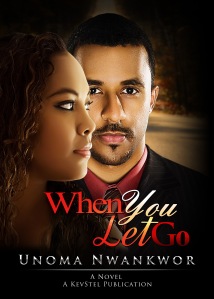 This was working out better than I thought. Amara had been gone for a little over half an hour. She had tried calling Ejike before she left but couldn’t get to him. Chinelo smiled because that meant Ejike had no idea that he’d be coming home to her.

As soon as Amara left the house, Chinelo took a quick shower and put on her blue jean mini skirt and a sheer white blouse. Despite the black tank top underneath, it still had the effect she was going for.

Moments later, she could hear the garage door opening. That must be Ejike. Amara couldn’t have made it back so soon.

Chinelo put her hand on her blouse and adjusted the twins on her chest. Even if God hadn’t done anything else, He had endowed her with a good cup size and a figure she could always count on. She hiked up her skirt a little and sat on the sofa.

“Showtime, phase one,” Chinelo whispered under her breath.

The adjoining door to the garage opened. Chinelo snickered when Ejike stopped dead in his tracks. He blinked a few times, then regained his composure. She felt the emotion in his eyes as he made a quick sweep of her body. Scorn. Discomfort. But she noticed that didn’t stop him from staring at her legs a second longer. That was what Chinelo had counted on—she knew he was a leg man. She remembered it was Amara’s legs he salivated over first. It was nice to know that being a church man hadn’t affected his sight. Chinelo did a sweep of her own. Now that Amara wasn’t home, there was no need to steal glances like she had done at lunch the other day. Ejike Dike was still the most beautiful man she had ever seen. His neatly cut hair and lean but toned frame could be lethal on any sane woman’s hormones. His dark eyes always seemed to have the ability to see right through someone. Chinelo also noticed his style hadn’t been affected by the years either. He had on dark blue khakis and a Tommy Hilfiger, multi-colored T-shirt that hugged his muscles like it was made especially for him. Chinelo stood up and reached out to grab his portfolio and the bottle of wine he brought home.

“Where is Amara?” Ejike walked past her and scanned the room with his eyes.

Chinelo felt her blood rise. He just walked by her as though she didn’t exist. She couldn’t lose her head though. She was on a mission. This man hasn’t seen anything yet.

“Well, hello to you, too,” Chinelo said.

“You trust your wife now. She’s always trying to rescue people. She had to run out for a bit to meet with a client.” Chinelo made an attempt to reach for his portfolio again. This time he let her have it. She walked to the staircase and set it down at the foot of the stairs. She would have taken it into the study, but this time they had was valuable before his goody two shoes wife returned.  She was not about to leave him alone. Every moment was precious.

You think you know what happens? You have no idea…Please share this excerpt and get your copy of  When You Let Go

#WCW So, this weekend I was reading #MendedWithLove (Yea, I read my own books😉) anyway it was for something, but Kammy & E have a way of sucking you in.
It’s #AfricaDay
#TeaserTuesday
“May He grant you your heart’s desire And fulfill all your counsel!”
Charade or not, Arinze is playing for keeps.
The regular prayer and Bible verse, I was used to. Lately, she adds this proverb about marriage.