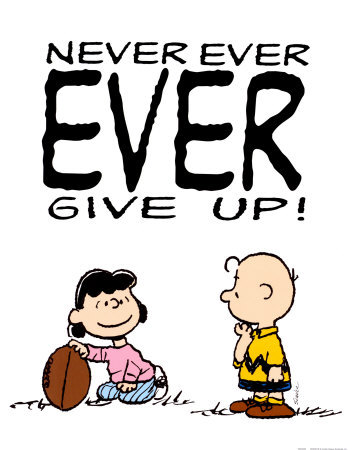 I read this a while ago on Facebook and have been meaning to share it. There are times when we are rejected and being humans we cant but feel hurt a little. When given feedback (constructive one that is) you are allowed to hurt a little but you have to get back on that horse and try again.

Reminds me of the words of the late singer Aaliyah…”If at first you don’t succeed, try and tray again.” Do not let anybody EVER take away that dream you have in your heart. You are rejected the first time? You failed don’t let that make you give up. Keep trying. Persevere. Keep the Faith.  Keep moving forward and in the end IT WILL PAY OFF believe that. Like Paul we should all keep pressing toward the mark.

Read this testimony and enjoy. I have read this book yet but I’m sure if she was willing to go through all that. It must be something.

Refusing to accept ‘No’ for an answer. In March 2010, as the acquisitions editor, I received a submission for publication consideration on the Urban Christian imprint. I rejected it, not because it wasn’t an interesting storyline with great content, but because it was all over the place. It was hard to follow because of all of the technical errors. It also lacked the tension that could exist due to the struggle and conflict between the characters. I wanted to be more connected and care more about what happened to the characters. I wanted to be emotionally drawn in. But with two characters talking in the same paragraph, incorrect punctuation and capitalization after dialogue…I just couldn’t get into it. I rejected it.

The author didn’t complain and ask why it was rejected. She only asked what could she do to make it better, if not for me, but for another publisher, and most importantly, so that it could be something she was proud to put her name on. I gave her some tips and some suggestions. She went in and did the best she could and resubmitted it, but it still wasn’t quite there yet. She worked on it some more and hired an agent. I rejected it when the agent sent it to me as well because there was still something missing from the ingredients. This woman went and hired a professional editor and submitted it yet again. This time I said no just because I was tired of reading it-LOL. Not really-I’m just kidding. I did reject it again, though, because by then it just wasn’t what I was looking for to publish on the line at that time. So she waited several more months and submitted it again.

I said, “God, she did everything I asked, but I still don’t feel like the time is now.” So what then entered my spirit as a reply from God was, “It will be my time.” Needless to say, four years to the day, almost, that I received her submission, Theresa A. Campbell‘s first book was released on the Urban Christian line and I’m currently editing her second one. Between the notes I gave her and working with a professional editor, this second manuscript, God Has Spoken, is bringing tears to my eyes. It is so well crafted and put together, that if she were a student and I her professor, I’d accuse her of plagiarism. That same author who sent me that submission four years ago is not the same author who wrote this book I’m now editing. This Theresa is the never give up, do the best that I can do and do ALL that I can to do, don’t accept ‘No’ for an answer and wait on a ‘yes’ from God Theresa. This right here is why I love my job!

#TeaserTuesday
Mantra...
Didn’t meet my writing goal for February which was to complete the third billionaire book.
Welcome to March, embrace your magic💞
Relax with the Adolo Sisters this weekend in the #InvisibleShackles series. Complete Series now available. Link in bio.
If you can’t put your all in it, take yourself out of it.